Much To Do About Everything 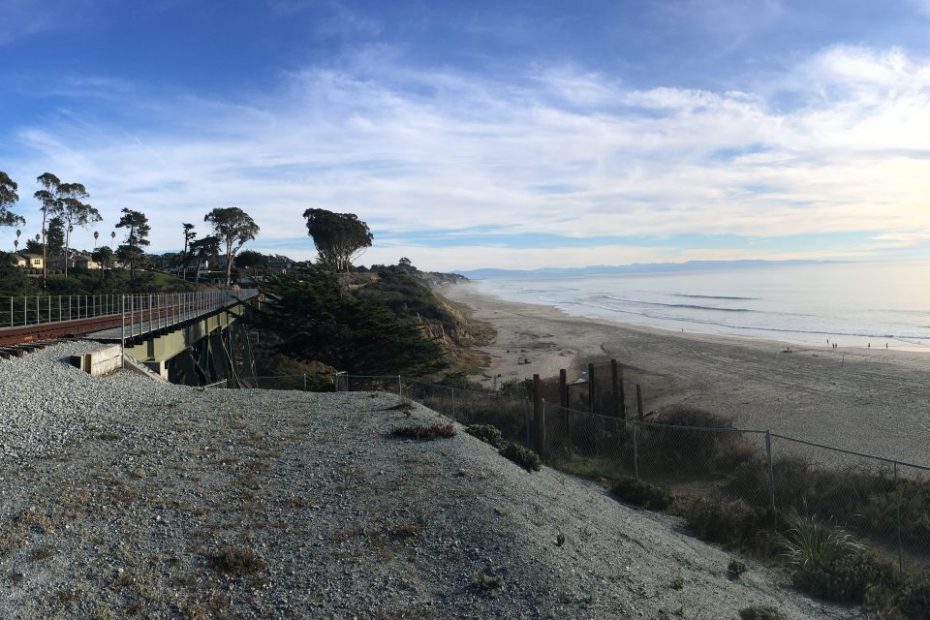 2022 marks the ten-year anniversary since I started the Santa Cruz Trains blog on Blogger. Since that time, simple irregular blog posts morphed into weekly posts, daily Instagram photos, and two Santa Cruz Trains books, all culminating in the founding of Zayante Publishing in October 2020 alongside the release of Ronald G. Powell’s The Tragedy of Martina Castro (Amazon link). It has been an incredibly wild ride and it is nowhere near done yet.

For the past four years, I have been working to improve the quality of content on the Santa Cruz Trains website by revising and updating old posts, removing erroneous or problematic posts, and adding new posts on topics such as resorts, important personalities, failed railroad schemes, types of research sources, and freight companies that once used local railroad lines. The Curiosities topic area, begun in 2016, has especially grown to include a wide range of railroad-adjacent topics and has led to new topic areas. The biggest expansion of the site came in early 2020 with the introduction of horsecar, streetcar, and interurban lines, which has opened many new avenues of research and investigation.

Not everything proved as successful, though.

In 2015, I expanded the scope of the website to include railroad stations along the Monterey County coastline and along the Pajaro Valley Consolidated Railroad’s route. This proved less successful due to a lack of access to research materials and pushback from two local historians who were already active in the area. While Monterey County’s railroading remains interesting to me, I made the decision to render all of those articles as archival in 2019. Perhaps one day I will return to the topic, but it is not currently on the agenda.

Another early topic area, Journeys, was never given a chance to thrive due in part to the fact that I moved away from Santa Cruz County in August 2014, and partially because of the amount of time it took to describe tiny little details that would interest only the most curious and determined.

Lastly, the Santa Cruz Trains Quarterly Bulletin ran for two years, 2016–2017, with generally positive feedback. But a lack of public engagement and an inability to track usage made the concept more trouble than it was worth. On top of that, half of most issues were free advertising for local railroad groups, which seemed unnecessary without some form of compensation.

As 2022 dawns, I have great plans for Zayante Publishing and Santa Cruz Trains. So far, I have two online talks planned with the Aptos History Museum and the Daughters of the American Revolution. These will be the first substantive talks I’ve given since January 2018 at the New Museum Los Gatos. Later this year will also see the release of Ronald G. Powell’s The Shadow of Loma Prieta: Part Three of the History of Rancho Soquel Augmentation. This is the final book based on Powell’s unpublished manuscript and will explore the history of the Augmentation from 1902 to the mid-1990s. Furthermore, I am continuing behind the scenes to gather material for several other works in the pipeline.

Unfortunately, I no longer have as much free time as I did when I first began the blog a decade ago and these books and the website have never made enough money to replace getting a job. I work as a full-time research librarian in Auckland and I have other responsibilities that vie for my time. In 2021, I made the difficult decision to reduce my weekly blogposts to biweekly (fortnightly). For 2022, I am further reducing output to an average of one new or heavily revised blog post per month, although I will likely repost older entries on the off weeks. This reduction will give me more time to work on editing and writing my books and it will also help ensure that the quality of what I post on the Santa Cruz Trains website remains the highest possible. As a slight compensation, I plan to continue the daily Instagram posts for a third year and the majority of the new/revised blog posts for 2022 will focus on the Santa Cruz Branch Line, which has been increasingly in the news due to the ongoing rail and trail project.

Currently, there are two planned sequels for this series. The first, and one I have discussed for several years now, is Railroads of the Santa Cruz Coast, which will document the history of stations from Carnadero (south of Gilroy) all the way through the Pajaro Valley and along the coast beyond Davenport. This, as well as a heavily-revised second edition of Railroads of the Santa Cruz Mountains, is planned for release in mid-2024. Meanwhile, a closely-related tie-in, Companies & Customers of the Santa Cruz Lines, will hopefully follow in time for Christmas 2024. All three will be of a similar size and format, with the first two focusing on official registered stations and the third on the businesses that used the railroads in and around Santa Cruz County. The “Santa Cruz Trains” name will likely be dropped from the titles when these release in order to avoid confusion between books, but the name will be retained for the series as a whole and still feature prominently on the covers.

That should be plenty to tide people over for the coming year, but in classic Steve Jobs style, there’s one more thing…

In 2017, I began investigating the many paper railroads that were created in an attempt to build a railroad between San Francisco and Santa Cruz along the coast. I even got the archivist at the California State Railroad Museum interested in the topic. However, the list has only grown in the four years since and recently it was expanded to include several more paper railroads for routes other than along the coast. After publishing The Reign of the Lumber Barons (Amazon link) in October 2021, I began a short-lived attempt to write an academic article on the history of the San Lorenzo Railroad (it’s still in the works, but postponed now). What it made me realize was just how convoluted that project was and just how difficult the project to link Santa Cruz to the outside world via a railroad really was in the 1860s and early 1870s.

After further research and many more discoveries, it became clear to me that this was more than just material for a blog post and was of a different nature than that which I had planned for the academic article. As a result, I concluded that only a book would suffice. Thus, I present to you a first look at The Road to San Francisco: 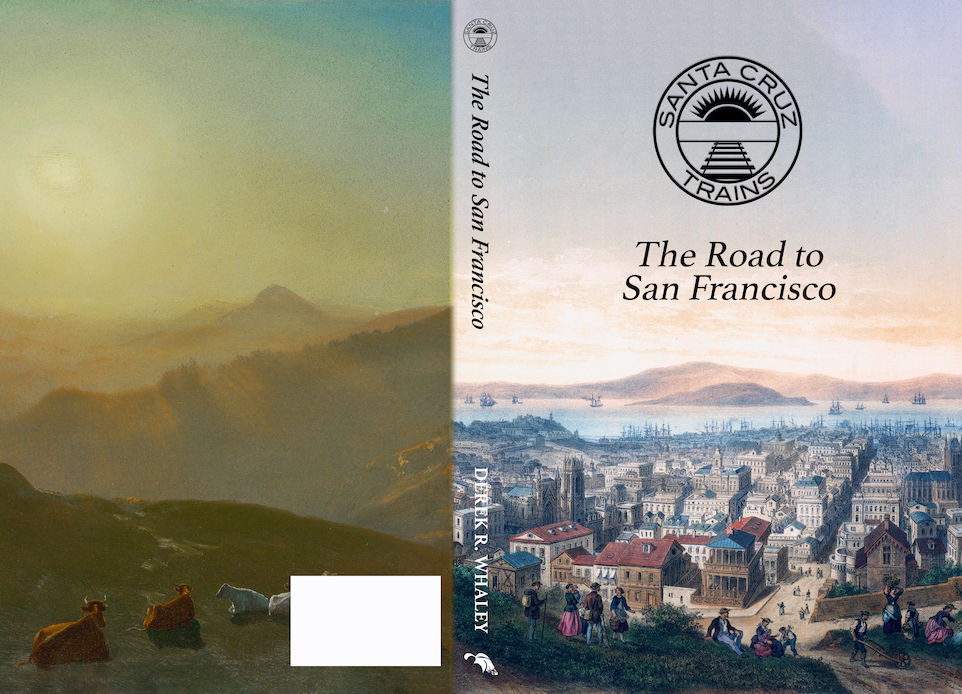 This cover is only a draft: the fonts aren’t finalized and the back will eventually have text across much of it. But I already have a rough outline and I have been gathering material for this for several years now, so there is no lack. Unlike the other books in the series, this one will not actually focus on operating railroads but rather tell the story of the railroads that never were as well as telling the story of how the successful ones succeeded. If people want to know more about the successful railroads, there are other books out there (including my own) that focus on that aspect. This book will focus on early plans for the four key routes that were proposed over the years: the San Mateo County route, the San Lorenzo Valley route, the Soquel Creek route, and the Pajaro Valley Route. I do not have a release date planned for this. It may or may not come out before the other announced Santa Cruz Trains books, but I suspect after due to a need to visit some archives in California first.