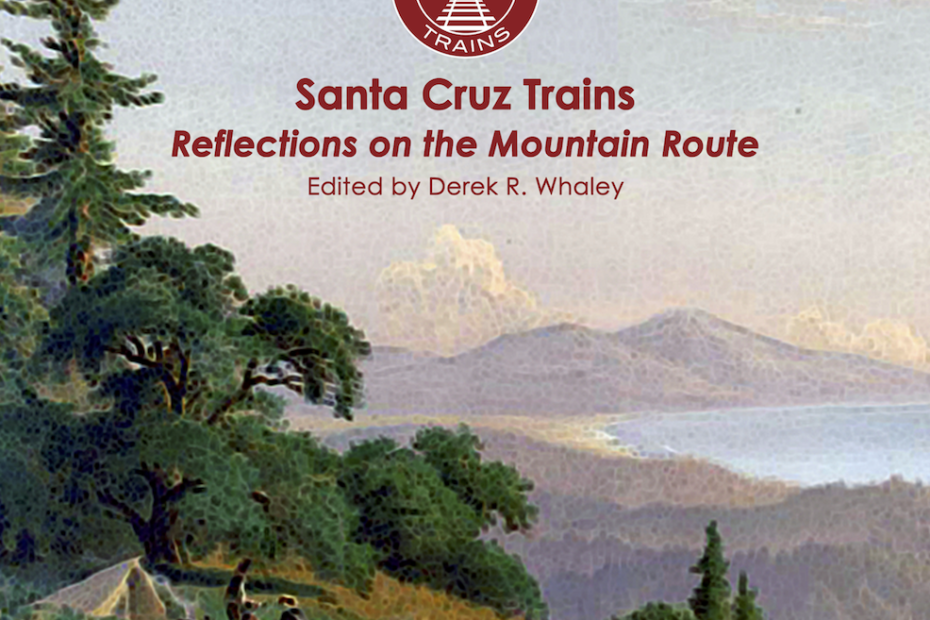 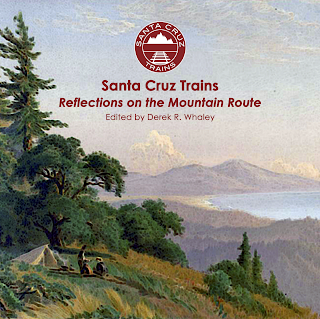 Cover: Santa Cruz Trains: Reflections on the Mountain Route
Permission granted by author to use image for journalistic purposes.

Nearly two years after publishing his first book Santa Cruz Trains: Railroads of the Santa Cruz Mountains, local historian Derek R. Whaley has released a new, 64-page pictorial history entitled Santa Cruz Trains: Reflections on the Mountain Route which depicts the railroad route that once operated over the Santa Cruz Mountains. This soft-bound book collects 30 rare, historical photographs and pairs them with 31 quotations derived from local newspapers, letters, magazines, books, and pamphlets to tell stories of joy and wonderment at the engineering feat that was the route through the mountains.

Whaley explains that, “while writing my original book, I came across dozens of quotations noting the picturesque qualities of the Santa Cruz Mountains. It seemed only appropriate to gather these together and pair them with photographs that either went unused in my original book or that I have found since that book’s publication.”

“Hills and mountains covered with redwood forests, valleys and ravines in which marvelous ferns grow and wild flowers abound, and through which gurgling brooks flow in crystal streams, give abundant scope for romping and climbing by young America.” Oakland Daily Evening Tribune, April 20, 1888

For three decades, the South Pacific Coast Railroad steamed across the Santa Cruz Mountains between Los Gatos and Santa Cruz, California. It passed through what many deemed the most picturesque forests and meadows in the United States. Collected here for the first time are many of these reflections, gathered from newspapers, letters, magazines, books, and pamphlets, describing this wild, wondrous place. These quotations are paired with rare, never-published photographs of the narrow-gauge railroad and the beautiful lands through which it passed.

Derek Ryan Whaley is a local historian and long-time resident of Felton, California. He has been involved in the Santa Cruz historical community since 2010 and is currently researching for his PhD in History at the University of Canterbury in Christchurch, New Zealand. His local railroad website www.SantaCruzTrains.com is updated weekly with new content relating to local railroad history.