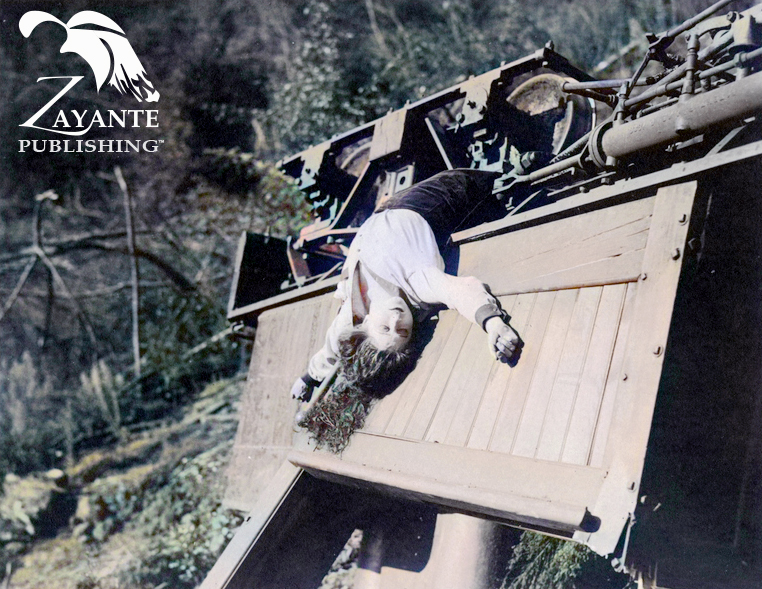 Balance is always difficult for a researcher because they always want to research. For me, it occupies my career and free time, albeit with difference focuses. I have said before that I have split interests, but now they are a trio. Professionally, I am a general historian of the history of Auckland, New Zealand—specifically the North Shore and Rodney areas of North Auckland. Academically, I am a medieval and early modern European historian, with a focus on royalty, nobility, succession, and genealogy. And personally, I am a local history of Santa Cruz County, California, and its surroundings, interested primarily on the history of railroads and the places with which they interacted. Maintaining a balance between these is not always easy.

Just to give a quick rundown of my current projects, I am…

Only 4 and 5 above are officially work-related and that can be done between my other work duties. I also usually do 3 on my lunch breaks. Meanwhile, 1 and 2 are currently on the back-burner. That brings me to 8: my weekly blog posts.

I admit that I have fallen behind on my adapting and editing of Powell’s work despite my best efforts. Holiday breaks aside, motivation is often lacking and other things take precedence, plus I only have a few hours free each night to work on my academic and personal projects. With that being the case, I have made the difficult decision that my weekly blog posts are being reduced to fortnightly this year. If you check the Change Log on www.santacruztrains.com, you will see that I have had almost consistent weekly posts for five years now, but it is distracting me from actually getting work done. These blog posts take many hours out of my weekends, including time that I could be writing books and researching. I will, however, keep up daily Instagram posts @santacruztrains.

Fear not! I have a full schedule of posts planned for the next year and there are some fun articles in the works. There will be a reduction of volume, but no decrease in quality. There are still two private Railroads I have not explored at all, several Stations and Stops I want to examine, a few Streetcars I have thus far overlooked, several People I want to research, and a whole slew of Sources I want to write to help other researchers spread their wings. And let’s not forget future Curiosities articles, which even surprise me sometimes. So there’s a lot to look forward to in 2021!

To change the topic, I have resumed research on my future Santa Cruz Trains books and the addition of a third book—Companies & Customers of the Santa Cruz Lines—has opened up a lot of new possibilities, but there are still a few issues I have yet to find adequate solutions for. Namely, what do I do with oddball stations and railroads that don’t fit in the general framework of the three books? This is an issue that has actually arisen multiple times in just the past two weeks.

Basically, Railroads of the Santa Cruz Mountains and RRotSCCoast are framed around the major Southern Pacific Railroad branch lines that operated in the county and region. Mountains focuses on the Santa Cruz & College Park Branch (the Mountain Route), the Boulder Creek Branch, and the Dougherty Extension Railroad. Those lines were all pretty finite and straightforward, even if there were a few extra branches here and there.

Railroads of the Santa Cruz Coast, however, deals with the Watsonville Branch (shortly after, the Coast Division mainline between Carnadero and Pajaro), the Santa Cruz Branch, the Aptos Branch, the Davenport Branch, and the Ocean Shore Railroad. But all of the stations and stops are not quite so straightforward and even the railroad lines themselves are somewhat messy.

The main problems I am finding with the second book are the various private railroads that intersected with but were not owned by Southern Pacific. Of the lines that technically quality for some manner of inclusion in the book, I have:

There is no simple solution to these problems because each case is unique. Half of these are private industrial railroads catering to a specific business, lumber mills in three cases, a quarry in one. And in all cases, there are unofficial stops along the routes. The cement line had a full station at Bella Vista and obviously the glory hole constituted an important stop. Likewise, Valencia was a full gridded township and the lumber mill was also an important stop for Hihn’s narrow-gauge railroad. Both the San Vicente and Molino routes had several logging camps, some of which remained intact for years high up on the hills. Even the Loma Prieta Lumber Company had the well-known Hoffman’s camp on Bridge Creek in the late 1910s.

Most of the Aptos-area trackage can be covered in Chapter 3 of Coast while the San Vicente operations can conclude Chapter 6. But where does Bella Vista fit in? It seems strange to just place it in the middle of the Santa Cruz Portland Cement article, especially since the corporate history of that company may be moved to the third book now. And where does the obscure and orphaned Thurwachter stop fit? It is a part of the Pajaro Valley Consolidated Railroad’s route, but there are six stops between it and Watsonville, none of which are intended to be included in any of the books. It doesn’t make sense to just toss it in someplace, but the stop was in Santa Cruz County and was inarguably a full freight location. And then there’s the issue of the entire Beach Road streetcar line, which actually shipped freight from Port Watsonville and had a connection with the Pajaro Valley Consolidated Railroad. Where and how does Port Watsonville fit into this book?

These are some of the issues I’m dealing with and working through, and I don’t have a solution yet. One possibility is to just include the more difficult items in something separate that can be published in the future as a kind of “Other Santa Cruz Trains stuff” book or article. I could also leave the material online exclusively, but in a more heightened format in line with the books. As a third option, I could include them as an appendix to either Coast or Companies & Customers. I have a similar issue with the Santa Cruz Lumber Company route down Pescadero Creek, which begins in Santa Cruz County. This I plan to add to the end of Mountains, although I may instead move it to the third book. My goal is to make these books more or less definitive in relation to local railroad stations, but issues such as these must be resolved to achieve this goal.

Let me know in the comments or via email at author@santacruztrains.com if you have any suggestions or advice.