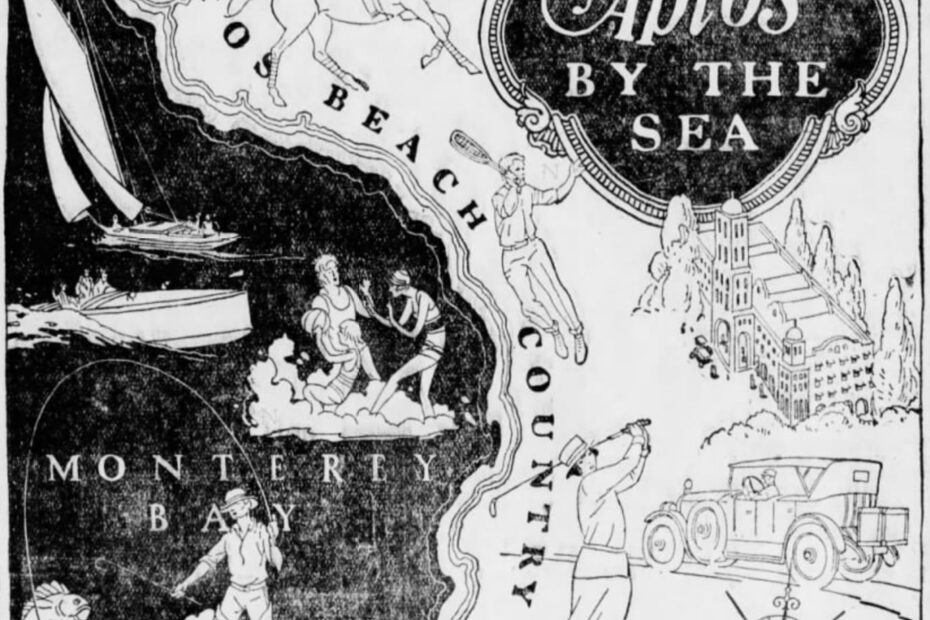 As I put the finishing touches on my Aptos Station article, it has become abundantly clear that writing history is hard work. People jokes about how sitting in a seat and writing is hardly the same as physical labor, but they are more incomparable than one being harder than the other. After writing this final article, which is sitting at five single-spaced pages, it has become clear that summarizing the entirety of a town’s history and its relationship to the railroad is no simple feat. And I still have a long way to go.

Thus far, I have written 11 articles for Part I (Carnadero to Pajaro) and 7 articles for Part II (Watsonville to Aptos). After struggling for two days to write a satisfactory article on Pajaro/Watsonville Junction, I decided it would be wiser to skip the entirety of the Watsonville area and focus on the rest of the articles first, since Watsonville and Watsonville Junction comprise a total of six articles and cover a staggering number of freight spurs and, more importantly, freight customers, as well as major revisions to yard plans over the decades. While some of these articles have been fairly simple, most have surprised me in their complexity. Cristo, for example, was a relatively short-lived station at Manresa Beach that specialized in turning black sands into metal products. But I kept digging and finding more material. In fact, all of the articles I’ve written thus far except Carnadero and Newria span multiple pages and required creative editing. I suspect some of that will change once I begin writing articles for Part III (Aptos and Valencia Creeks), but longer articles will resume for all of Part IV (New Brighton to Santa Cruz) and at least half of Part V (West Side to Davenport). My original plan of researching and writing one article per day on writing days (Weds-Fris) has decidedly gone to the wayside.

Working on this new book has made me realize some things about my first book that I want to fix in this sequel, though. First, I need to move the Journeys articles to the end of Parts. This makes more sense because people will be familiar with the locations by this point having read the articles about them. It also means I can pull out some of the somewhat irrelevant modern information from the individual articles and put that into the Journeys articles, which is all about the modern rights-of-way.

Second, I need to use the Prelude articles better. In my first book, I crammed information about railroad bridges and other features into articles that otherwise had nothing to do with that. While some stations certainly had a relationship with a feature (e.g., Wright and the Summit Tunnel), most did not. Therefore, I am planning to expand out the Prelude articles into more thorough explorations of the railroad features along the line and how they evolved over time. This will better link the map at the beginning of each Part to the Prelude, which basically describes in detail the layout of the map. It also means that the articles can remain more on topic. Likewise, any modern developments to the rights-of-way can go into the Journeys section, which will tie a section up and bring it to the present. This will accomplish what I originally intended to do with my first book: provide a complete look at the history and current status of the locations.

Third, although my first book has a prologue and epilogue, neither quite did the book justice. The epilogue merges historiography (the history of the histories of local railroading) with later developments that have already been covered elsewhere with recent and current events that don’t even really fit within the context of that book, such as discussion of the Iowa Pacific Railroad, which serviced a different branch than those covered by the book. Meanwhile, the prologue outlines some general county history and some local history to set the tone, but it fails to place Santa Cruz and California railroading within the greater context of things. Now, that being said, it is not my desire or goal to discuss the entire history of United States or world railroading, but I should cover just a little of it to provide adequate context for people who may not be from or be aware of the history of California or Santa Cruz County. One thing I learned while writing my doctoral thesis was that context is important, especially when discussing niche topics, and Santa Cruz County is a niche topic—it is the second smallest county in California and geographically one of the most isolated by land. Thus, I am going to try harder to make sure that this second book succeeds in setting the tone and the scale of local railroading in a context that makes sense. It won’t take up too much space, but for this book to reach a larger audience, it does need to be put in a better context.

And last, there are three stylistic changes that I now realize are needed. First, the little info boxes are going away. They take up space, are clunky, and I don’t particularly like them. Instead, a one-line banner will run under each article title listing the dates the stop operated, its distance from Watsonville Junction, and its GPS coordinates (now measured in decimals). Second, I am going to allow images in this book to bleed off the sides so as to avoid the strange graphical issues I had in the first book with images pushing text into columns in weird ways. There will be a few types of photo arrangements: full spread (across both columns), single-column bleed (across the outer column and into the white space), and the single-column non-bleed (for tall photos that don’t need to fall off the page). And third, the text is going to be slightly smaller (from 12pt to 11.5pt) with a 0.95 line spacing. I am doing this because the text is simply too big in the first book and I would like to include as many photographs as possible in this new book.

That pretty much sums up this diary. I am on track to finish writing the first draft by the end of April. I am simultaneously working on the maps on Adobe Illustrator and gathering colorized postcards for the cover. I have enough now, but they need to be processed and the book’s logo needs to get tweaked and finalized. I have a draft logo but it is a tad too complex (anybody know how to do a good depiction of ocean waves using only black and white?). The concept I am working with is that it will have the ocean on the left, mountains in the middle, and a river cutting through the mountains on the right, representing the North Coast, Mid-County, and Pajaro Valley respectively. Hopefully I’ll have a draft of the cover up in the near future.