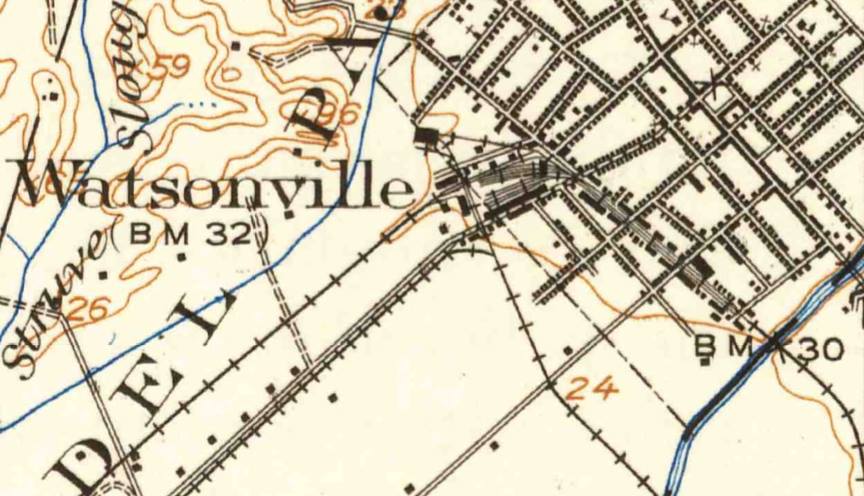 Welcome to a new series of short articles I’m planning to write regarding the process of writing my next book, Santa Cruz Trains: Railroads of the Santa Cruz Coast. I am hoping to have this book released sometime in mid-2019, so you can look forward to that in the coming future. As I write this new book, I thought it would be a good idea to document my journey through the writing process. I did this for my first book, but I lost steam mid-way through and also was pressed for time. I’m not doing that this time and I have a pretty soft release date, so I’m much more flexible. This also means there should be far fewer revisions since I am already aware of many of the mistakes I made writing the first book.

Anyway, in this first author diary, I wanted to briefly outline the initial book development process. The range of this book is going to cover all the railroad stations, industrial spurs, bridges, and other major features between Carnadero, just south of Gilroy, and Swanton, north of Davenport. Like my first book, I wanted to make this as geographically arranged as possible, so after identifying each railroad feature and how it would fit into articles, I came up with the following arrangement:

This arrangement balances the number of articles in each section and also provides the most logical flow for readers. It also clumps similar periods of development together, with the exception of sections 2 and 4, the stations in which began life as the Santa Cruz Railroad.

From this point, I’ve started making individual documents for each station, including in these documents information regarding mile marker locations from Watsonville Junction, GPS coordinates, important dates, etymology, location facilities, and current ownership and status. At this point, I am not writing any of the formal articles yet, but rather ensuring that all the official information is distilled in such a way that I can use it to support the articles. That being said, I have been including a brief summary of the location just to help translate some of the data into real language. I just finished the stations for section 1, so I’m now moving onto section 2. I expect I should be done with all the summaries in mid-August, at which point I will begin the in-depth research part. Only after that is done will I begin actually writing the book.

That’s it for this author diary, but I will try to have another one soon. Cheers!